Only at Paradise (our people stories)

The People behind the brands

The man behind our rums

FROM THE OUTSIDE, the Rum Co. of Fiji Distillery is just another rustic, early-20th-century building along the outer edge of Lautoka.

At a glance the inside appears similarly old fashioned: filled with heavy oak barrels, forklifts, rum still pots and friendly staff, however it is far from that.

I follow the yellow lined pathway to the storage area. It’s dark; my eyes adjust slowly. I’ve stumbled into a warehouse filled to the brim and towering with wooden oak barrels. This was how I was first introduced to the distillery and the man behind the rums, master distiller and blender, Liam Costello.

Liam allows himself a wry smile and then walks to a room on the other side of the … wooden jungle, I guess. He pulls out a bottle and pours me a glass. “That’s our new flavoured spirit,” he says. His enthusiasm to showcase the range of spirits he's been working on with the team is understandable of course since he frequently refers to them as his ‘babies’.

I sip the spirit as I try to figure out how this small quaint distillery has managed to do all of this. Our rums and vodkas have won medals in international spirits competitions, and deservedly so. It’s good and evidently, I'm not the only one that thinks so. The accolades span the globe and consistently collects these awards annual.

A big part of this has been Liam’s work with the distillery and here is his story. "I started in the industry at the Regatta Hotel a GPU (Glass Picker Upper) when I left school but my first encounter with rum was 41 years ago when I was the youngest rum distiller at the first and oldest rum distillery in Australia on the shores of the Albert river near Beenleigh. The owner then was a man named Ray Moran and he taught me all about rums and working life, " he said.

Costello worked in various roles, ventures, industries and companies which lead him to Fiji where he started working  as a distiller at Fosters Group Pacific.

A few years on and after the numerous spirits tasting sessions hosted by Mr Costello, I've come to understand and appreciate the processes of making rum quite a bit but not as much as he does.

" I can never get tired of what I do because I love it. From the start where molasses is fermented to create a base wash, then using two different types of distillation depending on the flavour profile we are looking for. Our rum is then put into used bourbon barrels to mature for a year or more," he says.

Each time he speaks of his ‘babies’ his enthusiasm increases and his vast knowledge on all things rum is showcased. 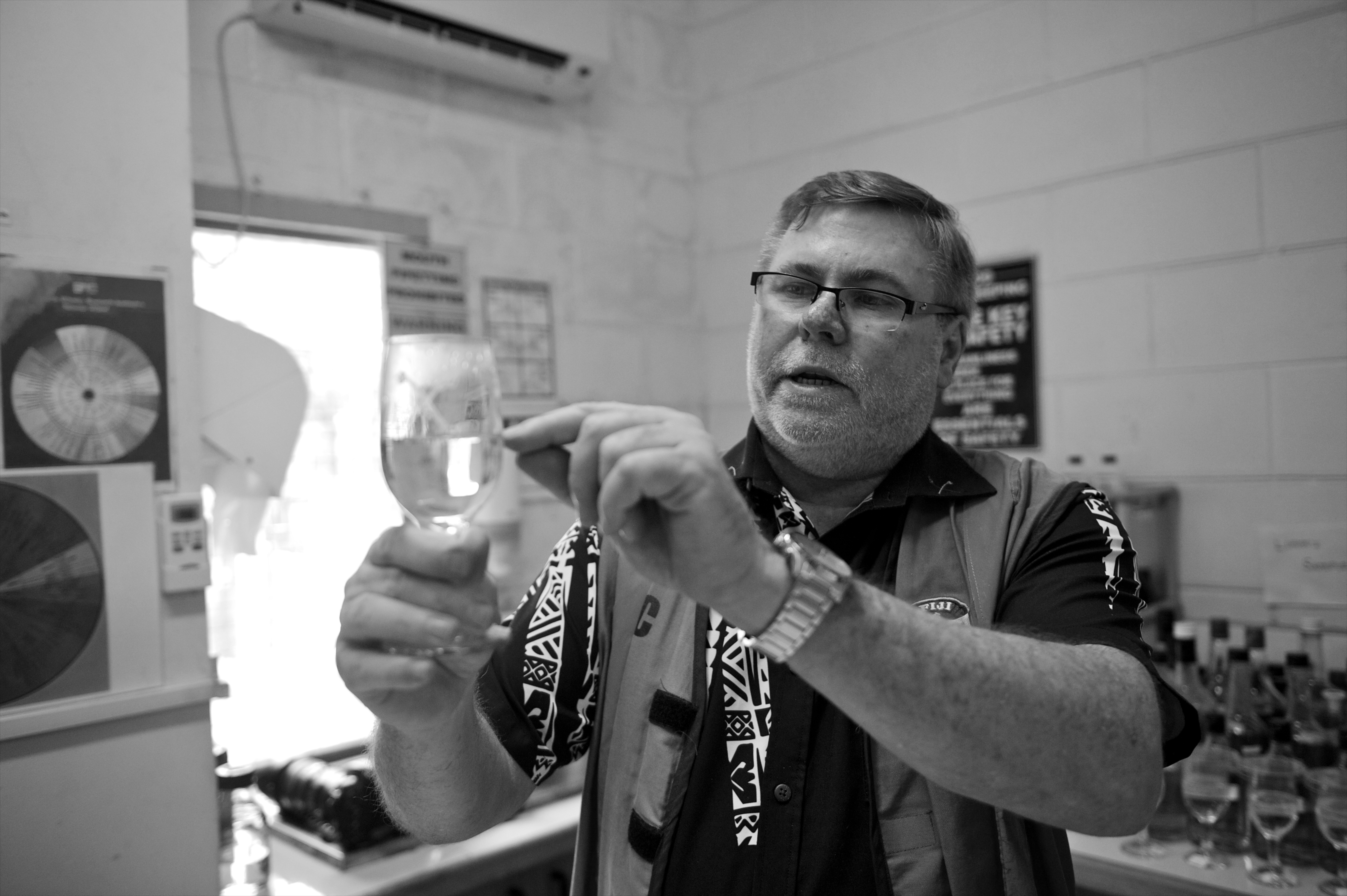