1972 was a huge year in the bottling business. Operations commenced at CCEP's manufacturing site at Northmead, NSW, in late September and, just a few short weeks later, the first Coca-Cola rolled off the line at Kewdale, WA.

Our Kewdale site was officially opened by WA Premier, The Hon J Tonkin AC, on 26 October 1972 and featured a brand-new, state-of-the-art canning line.

Thanks to plenty of TLC, this canning line is still running today and produces an impressive 1100 cans per minute - that's 100 more a minute compared to when it was first installed. Yes, that's right - it's gotten better with age! 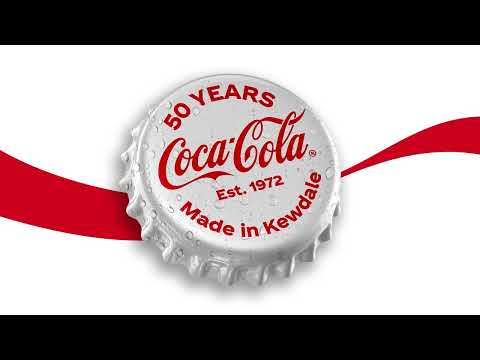 The site has changed and grown significantly over the last five decades, both in terms of its infrastructure and floorspace. When it first opened, the site was 4 hectares and, in the years that followed, we purchased multiple surrounding sites allowing for manufacturing, logistics and EQS to be side-by-side.

Today, more than 150 different products are made at Kewdale and approximately 50 trucks come and go from the site each day, ensuring that Western Australians can continue to enjoy world-famous drinks such as Coca-Cola and Powerade, as well as local favourites such as Mount Franklin and Kirks.

Most importantly, it's the people behind the product that make Kewdale special. The family-oriented team is proud to boast an impressive average tenure of 15 years and, incredibly, there are quite a few employees who have worked at the site for more than 30 years! 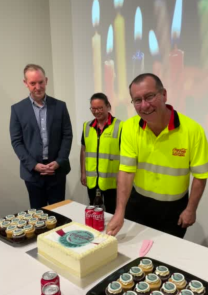 The team recently came together to celebrate the milestone and were joined by Damian Gammell (Chief Executive Officer of CCEP), Nik Jhangiani (Chief Finance Officer) and Peter West (Vice President and General Manager of Australia, the Pacific and Indonesia).